How to get into Table Tennis – [Professional Guide]

Table tennis is what you get when you play ping pong for real.  At top level, it’s incredibly fast but still a load of fun.  The game has been popular for years in Asia both as a competitive sport and a recreational one.  In the UK, it’s still more of a recreational game, but the competitive side is starting to take off and the fact that Paralympic table tennis gold medallist Will Bayley has made it to Strictly Come Dancing will surely raise its profile still further. 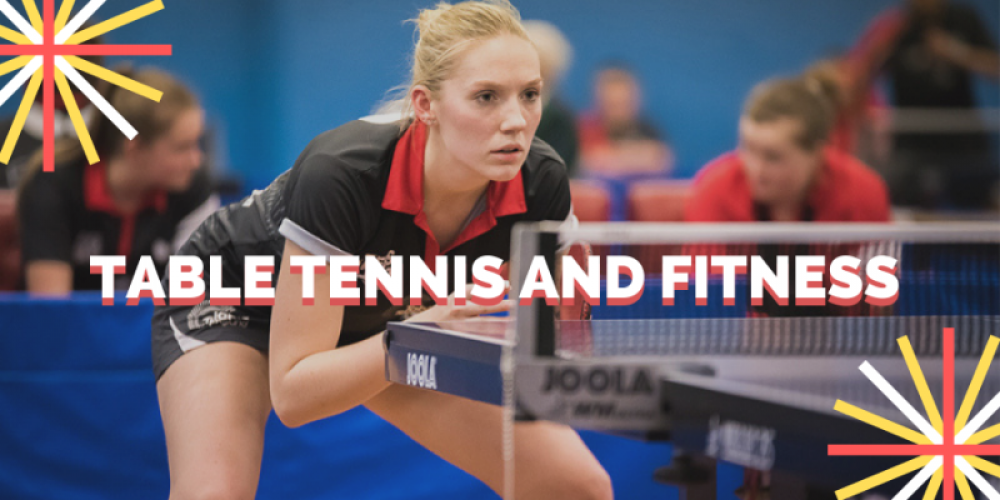 It’s also a good work-out for a lot of muscles.  Even as a beginner (when you’ll probably be focussing on your upper body), you’ll be using your forearms, obliques, abdominals, biceps, shoulders and triceps, rhomboids and middle trapezius.  Once you start developing and adding footwork to your game, you’ll be using your quads, calves and hip abductors.

The practicalities of playing table tennis

If you want to put in extra practice or just want to play recreationally then you can either check the same websites for local places to play (which aren’t official clubs) or invest in a table for your own home. 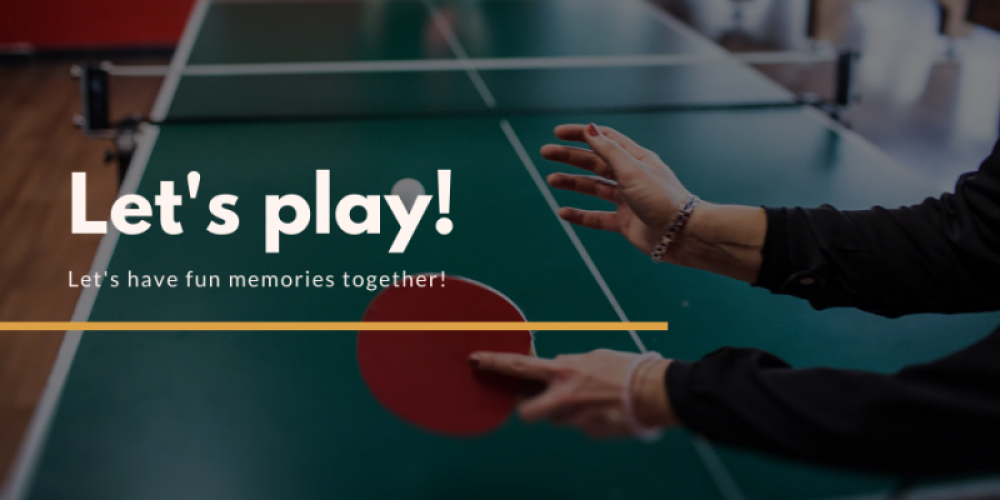 If you want to play at home you will need a clear space of about 6.74M by 3.5M to do so comfortably.  Of this 2.74M by 1.525M is for the actual table and the rest is space to move about and play.  From this you will probably have gathered that table-tennis players tend to move back and forward much more than they move from side to side.

If space is tight, then you can buy a folding table (which is what most people do) in which case it can be stored away easily when out of use.  In principle, you can also buy three-quarter size tables for recreational play and practice, but if you do then you might find yourself struggling to adjust to the bigger ones used for competitive play.

The other option, if you really want to play seriously, is to push the table back against a wall and train with a robot.  This reduces the amount of space you’ll need and ensures you’ll always have a “sparring partner” when you want one.  Of course, if you have the space, you could always use a robot for when you’re on your own and move the table into free space when you have a partner.

Since you will be moving, you’ll want to think about grip.  Hard floors are best, so wood, parquet laminate, linoleum, or cork tiles.  Hard tiles and concrete are OK but not very kind on the joints.  You can play on carpet, but it will get very worn very quickly and playing on rugs is an absolute no for safety reasons, even if you have grips underneath.

You’ll also need to think about lighting.  Basically, you’ll need light to see but you don’t want light bulbs dangling where they might be hit by the ball.  For similar reasons you probably don’t want to be too close to a window.  Table tennis balls are unlikely to break it but why take the risk?  Likewise make sure that any delicate and/or sentimental valuables are kept well away from the table. 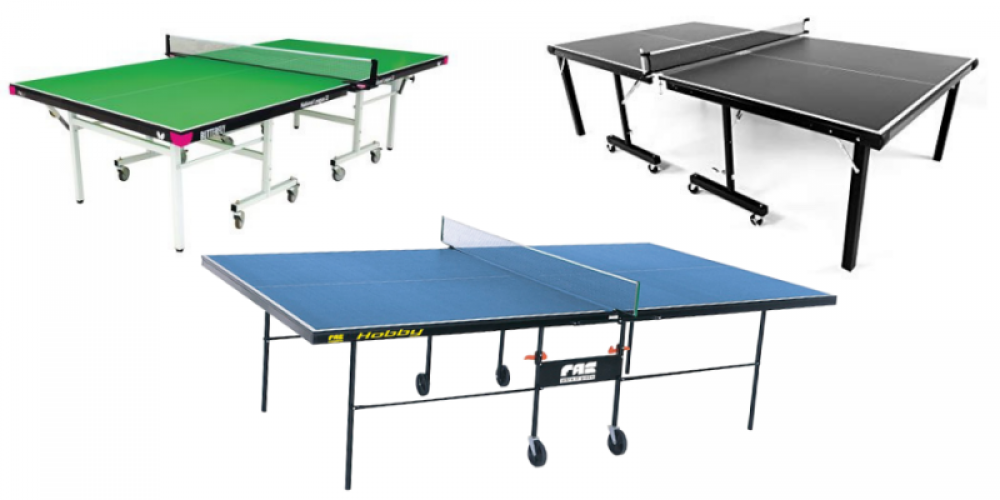 Realistically, a top of about 16mm to 19mm in thickness is a good choice for fairly serious play at home, you can always upgrade later if you get really competitive.  At this level, you should still be able to find plenty of folding options and some tables can be split into two halves to make them easier to get up and down stairs.

You generally buy your net separately from your table and it’s worth spending a bit extra on a decent one.  You may find yourself surprised what a difference it makes to your play.

By contrast, training balls will give you a decent game for a lower price than competition balls.  You might want to invest in some of these for practice at a later date, but you don’t need to rush to buy them. 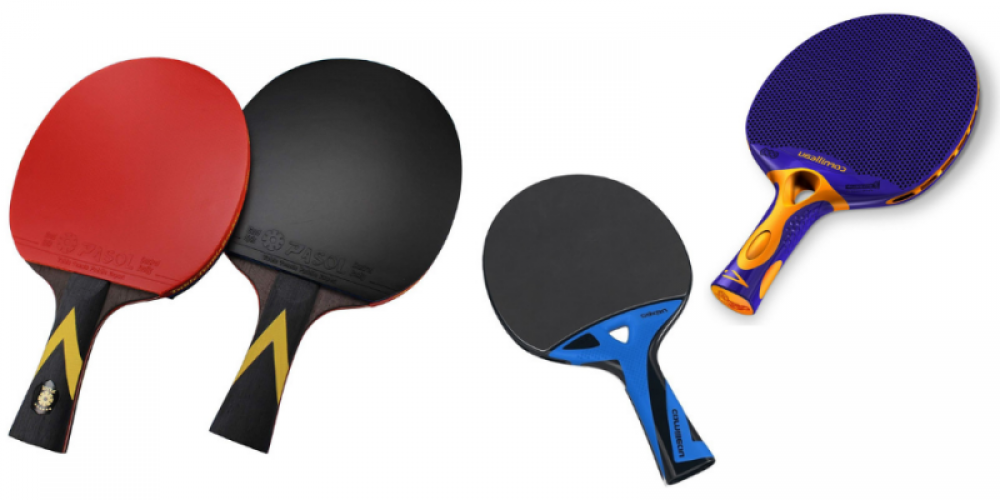 Table-tennis bats consist of wooden centre, known as a blade and a rubber covering on each side.  As a beginner, you basically just want a good-quality, ready-made bat and one of the big pluses about table tennis (as compared to regular tennis and many other sports) is that you can get a decent, entry-level bat for about £20 and a very decent one for about £40.

Once you reach intermediate level you’ll need to make a decision about whether you’re going to stick with ready-made bats for a bit longer (you can still get very good ones) or if you’re going to start looking at custom-made bats which are tailored to your particular approach to the game.

What you need to understand about table-tennis bats is, basically, that the better they are, the faster you can play.  If you’ve ever seen a professional-standard tennis match, you’ll appreciate just how quick the game can be.  The key point to understand, however, is that using a faster bat only gives you an advantage if you can control it properly, otherwise you’re going to wind up making a whole pile of unforced errors.

For the sake of completeness, rubbers will wear out.  How quickly they wear out depends partly on their quality and partly on how quickly you play, but they can be easily replaced.  Blades will generally last the course unless you do something which breaks them.

If you want to play competitively then you’ll need to learn the full rules.  Until then, here is a simple guide to get you started. Understanding the layout of a table-tennis table

The line dividing a tennis-table along the vertical can be completely ignored for singles and in doubles it just shows you where you need to place your serve.  That’s it. 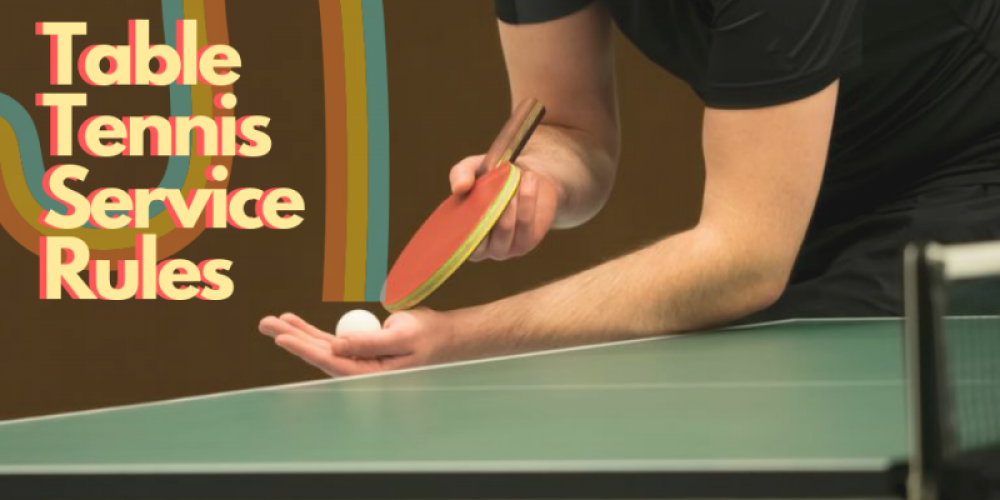 NB: Players MUST allow the ball to bounce once on their own side.  You cannot volley it as you can in regular tennis.

Games are played to 11 points, if a game reaches 10-10 it’s called deuce.  Players then move to serving once each and must do so until one of them wins by two clear points.  There are five games in a full match.

You lose a point if you move the table, touch the net or touch the table with your free hand during play. 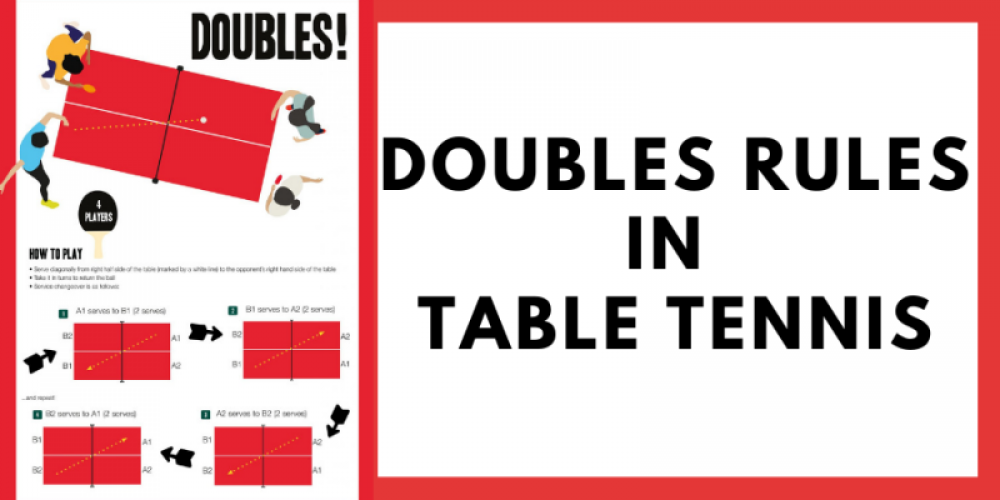 The first rule is to make sure everyone’s clear about what’s going on and the second and third rules are to make sure that everyone takes a turn at doing everything.

Learning the drills and skills 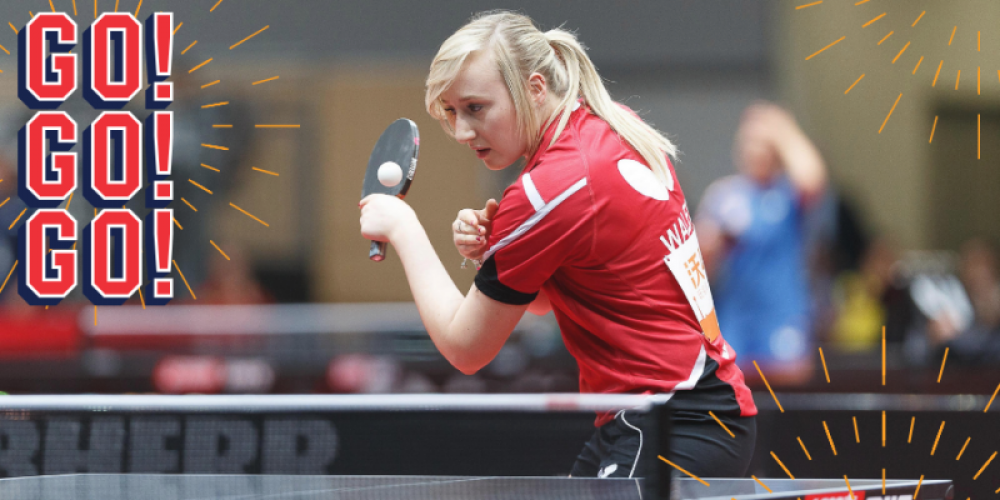 One of the big differences between table tennis and regular tennis is that it’s a whole lot easier to get good enough just to have a decent game with your average, recreational player.  If that’s your goal, then YouTube is your friend and you can certainly learn a lot from online tutorials, they’re probably more than enough to get your from total beginner to early-intermediate level and maybe a bit further.

Of course, even though there are plenty of online videos made by professional table-tennis coaches, so if you want faster progress and/or to get past the early-intermediate level then lessons at a table-tennis club are really the way to go.  Private lessons, by definition, will get you one-to-one coaching, but if money is tight, group lessons can be a cost-effective option.

The mental game of table tennis

Table tennis essentially developed as a small-scale and indoor-friendly version of regular tennis and as such is a very mental game (just one which happens to be played very quickly).  In other words, it’s all about “playing the player”.

The easiest way to go about doing this, especially in the early days (and even at proper, competitive level) is to try to identify your opponent’s general style and then hone in from there.  For the most part, players will adopt one of four main styles.

As players gain experience, what generally happens is that they’ll have their “main” style but incorporate some elements of the others, but identifying their “comfort zone” is a good place to start.

Five of the most common beginner errors

If you’re looking for a game which offers plenty of fun and a decent level of fitness at a very affordable price, then table tennis could be the perfect option for you.  It’s hugely popular as a recreational game and the competitive scene is growing all the time.

How to get into Snooker - Pool

How to get into Rugby - [Professional Guide]